The New Zealand Land Cover Database (LCDB) version 4.1 provides a series of ‘snapshots’ of land cover in the form of maps derived from satellite imagery across the country, covering the dates: 1996, 2001, 2008 and 2012.  At each snapshot, the satellite images are analysed and land cover types are assigned to detailed classes, such as ‘urban area’, ‘depleted grassland’, and ‘gorse and broom’ (see the factsheet ‘Land cover and why it is important’ for the definition of the detailed classes).  The 33 detailed classes are then grouped to form meaningful classes for reporting and two levels of detail, the medium level (comprising 12 classes) and the broad level (comprising 6 classes).  The medium and broad classes are presented in the Land Cover topic in LAWA.

Table 1.  An example of the land cover indicator data presented in LAWA (for the national picture). 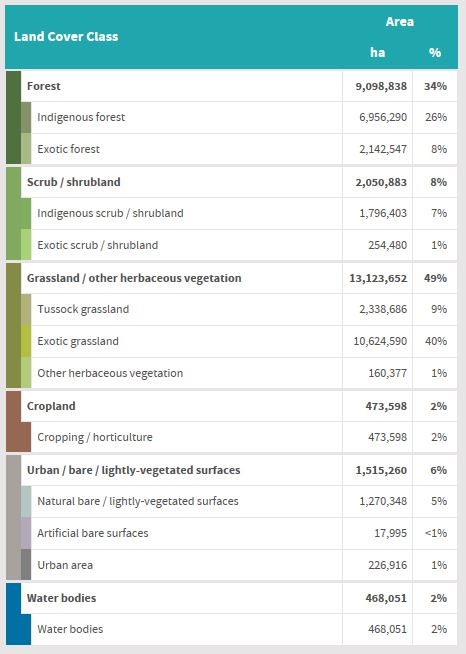 Note that if the area of a land cover class, expressed as a proportion of the total area being considered (e.g. a region), has a value of less than 1% (e.g. 0.3%), the value will be presented as <1% (e.g. Artificial bare surfaces in Table 1 above).

What is land cover state and how is it calculated?

The land cover state is the area of land under each land cover class, at a particular LCDB snapshot date, primarily expressed as either as a proportion (%) of the total land area being considered.  The ‘current’ state is represented by the most recent snapshot date (i.e. 2012).  Data for the 1996, 2001, and 2008 snapshot dates represents past states.  The user can choose to view the data for a past state by selecting the snapshot date of interest.  However, the narrative text describes the current state (2012) only.  State data are presented for the broad- and medium-level classes in the Land Cover topic.  The state data relating to the detailed classes can be viewed by downloading the data in spreadsheet form.  An example of the presentation of the state data in the form of a ‘doughnut’ graph in the LAWA Land Cover topic is given in Figure 1 below.  The user can hover over the different segments in the graph to view the proportion of the total land area covered by each class. 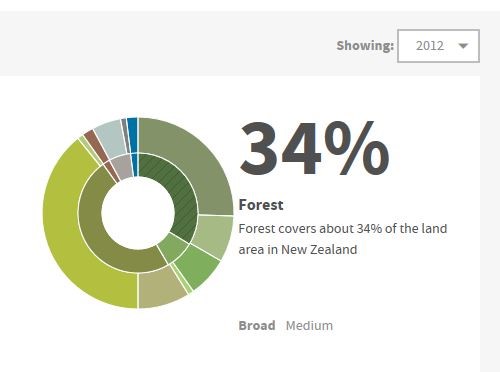 Figure 1.  An example of a ‘doughnut’ graph used in the LAWA Land Cover topic to present the state data for both the broad and medium land cover classes. 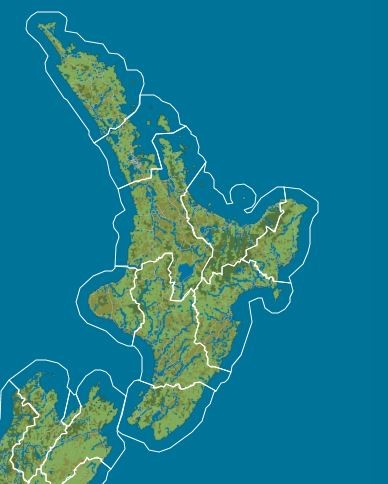 Figure 2.  A map of the broad land cover classes in the North Island as at 2012 overlain by regional boundaries (white outline) as presented in the LAWA Land Cover topic.