Natural causes behind some waterway ‘pollution’

Natural causes – not pollution – are being blamed for smelly, discoloured waterways that prompt an annual rash of summer complaints to the Northland Regional Council.

Cathy Orevich, the council’s, Compliance Monitoring Manager – General, says every year over the warmer months the council receives multiple inquiries about apparent water pollution that upon investigation is attributable to a range of natural factors including algal blooms, rotting vegetation and stagnant water linked to low rainfall.

“The problem could be worse in coming weeks as recent high tidal conditions caused by Cyclone Cody and tsunami surges had pushed large amounts of seagrass and seaweed ashore in other spots where it would decompose and possibly cause odour nuisance.”

The council was still keen to receive reports of suspected pollution – which could be reported via its 24/7 Environmental Hotline (0800) 504 639 – but wanted people to understand the cause was often not what it first appeared and could in fact be a natural thing.

Among natural phenomena that could have an impact on water were algal and plankton blooms, smelly mud, iron oxide bacteria, pollen, natural surface scum/sheens, rotting seaweed, algae and vegetation and in some cases, dead fish the latter caused by higher water temperatures and reduced oxygen levels in waterbodies over summer.

Summer weather and water conditions can also be more favourable to nuisance algal and plant growths (blooms) that are unsightly and can cause big fluctuations in oxygen levels. Cyanobacteria blooms also have the potential to produce toxins.

“Where such blooms are observed, the council warns downstream water users and takes samples for testing to check for toxins.” “The general ‘rule of thumb’ is that waterbodies with cyanobacteria blooms shouldn’t be used for water supplies or swum in.”

Ms Orevich says while natural phenomena are often very obvious – they can be brightly coloured and smelly – they generally don't cause any lasting adverse environmental effects.

“Some spots in Northland are known problem areas, including the streams that feed into Russell, the Waipu Cove area and Coopers Beach.”

Ms Orevich says during the wetter months, waterbodies were flushed more frequently due to rainfall “but in the drier months this obviously does not happen”.

Meanwhile, she says people interested in the health of their favourite swimming spots could check the state of the water there online.

“We take hundreds of samples from 41 popular coastal sites and 17 freshwater locations across the region with results posted on the ‘Can I Swim Here?’ section on the national environmental reporting website LAWA – www.lawa.org.nz “

The testing, which began in early December, will run until Monday 07 March.

As well as posting the results online, weekly test results are also forwarded to the Whangarei, Far North and Kaipara District Councils, the Northland District Health Board (DHB) and other interested parties.

“We let the health board and relevant district council know of any results showing elevated bacterial levels, typically within 48 hours, and it’s their responsibility to take any further action needed.” 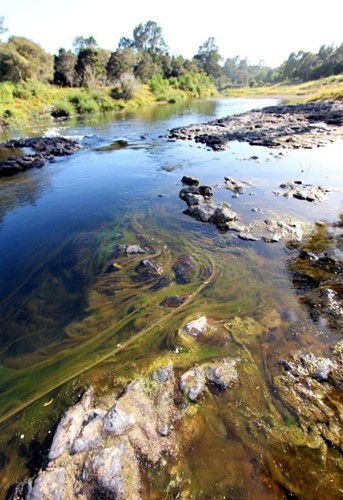